In partnership with the community, we will provide impartial, ethical, and professional law enforcement services. We will take a leadership role in forming collaborative community efforts to find the long-term solution for the reduction of crime through prevention. We will strive to maintain the trust, understanding, and confidence of our residents, while working to improve the quality of life. 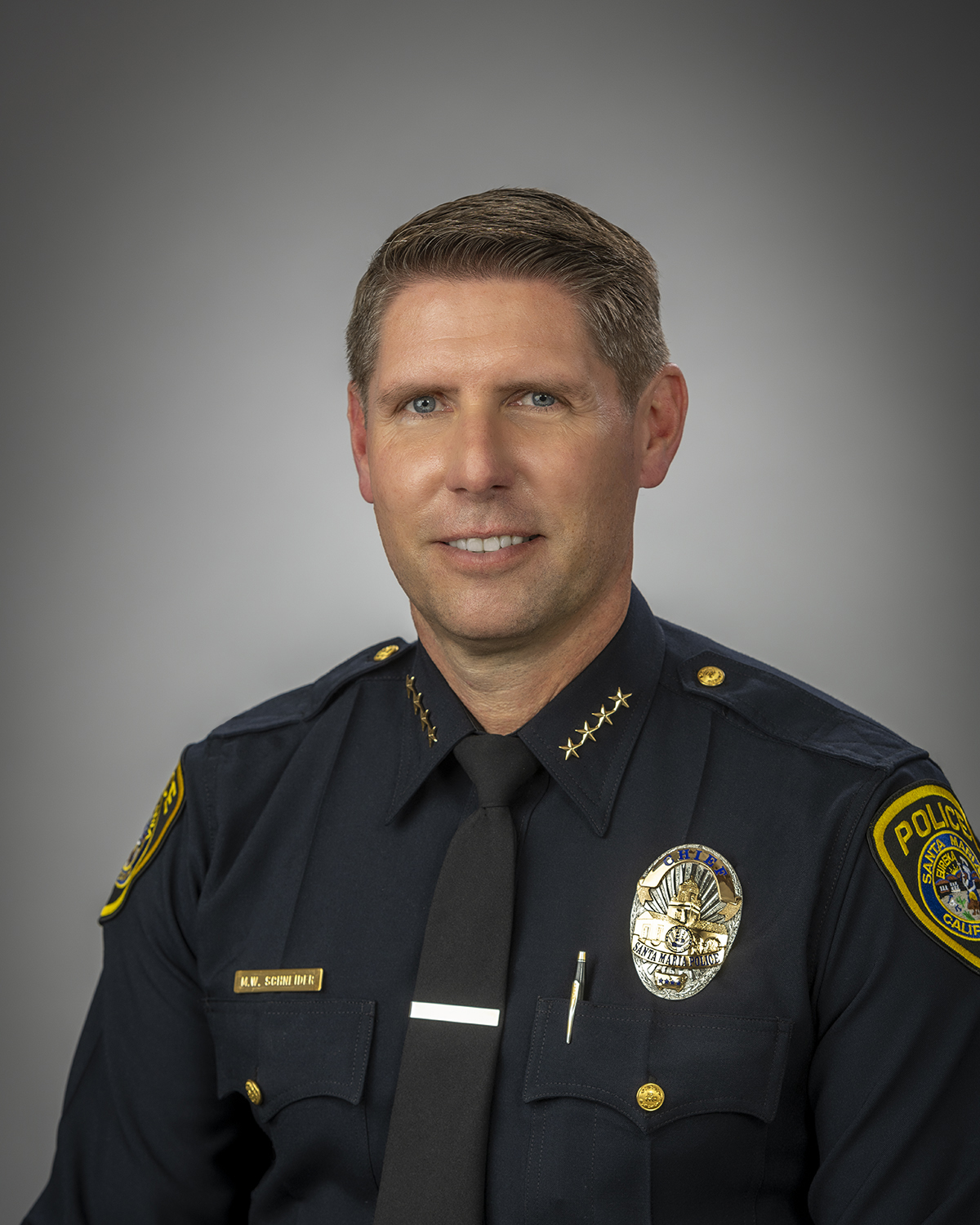 Chief Marc Schneider is a 28-year law enforcement veteran, beginning his career with the City of Pismo Beach in 1993. Chief Schneider lateralled to the Santa Maria Police Department in 1995 and was recently appointed Chief of Police in January of 2021. The SMPD is allocated for 140 sworn and 55 professional staff servicing a community of 108,000.

In his 26 years with the City of Santa Maria, Chief Schneider has held the ranks of Officer, Corporal, Sergeant, Lieutenant and Division Commander; and has worked a variety of assignments: Special Enforcement Team, Detective Bureau, SWAT Operator, Field Training Officer, Training Sergeant, Administrative Lieutenant and SWAT Team Commander. During his tenure as Commander, he rotated through the Operation, Investigation and Administrative divisions which encompassed all aspects of the department.

Chief Schneider earned a Bachelor of Science Degree in Criminology and a Master’s in Human Resource Management.

SMPD Officer of the Year

An Officer of the Year is selected for his or her hard work, excellence and dedication to the SMPD as well as the community.

Our Explorer Program is for young men and women interested in learning about future careers in the field of law enforcement. Designed for students between the ages of 14 and 21, the Explorer Program offers youths the opportunity to be involved in their community while making new friends and gaining valuable knowledge.